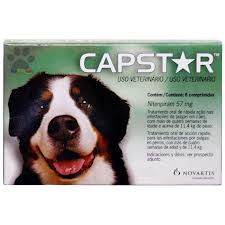 For Large dogs over 11kg

Capstar tablets are an easy-to-use oral treatment for the fast-acting knockdown of adult fleas dogs. It starts working within 30 minutes after dosing.

When dogs are troubled by fleas, they scratch and bite themselves, especially in areas such as the head, neck, and around the tail. Fleas normally concentrate in such areas. This incessant scratching and biting may cause the dog's skin to become red and inflamed.

Be the first to review “Capstar For Large Dog over 11kg” Click here to cancel reply.