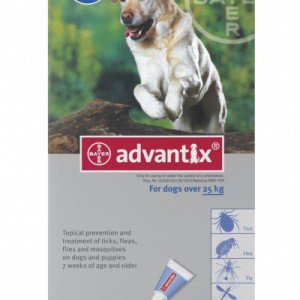 Tick and flea treatment for dogs over 25kg

Be the first to review “Advantix X-Large dog over 25kg” Click here to cancel reply.