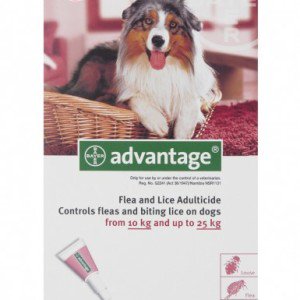 Within 24 hours of treatment and will continue to protect the animals from further flea infestations for up to four weeks. Kills fleas before they can lay eggs. Use one tube every 4 weeks