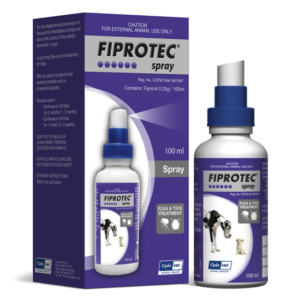 Fiprotec spray may be used on pregnant and lactating mothers and unweaned klittens.

Be the first to review “Fiprotec Spray” Click here to cancel reply.